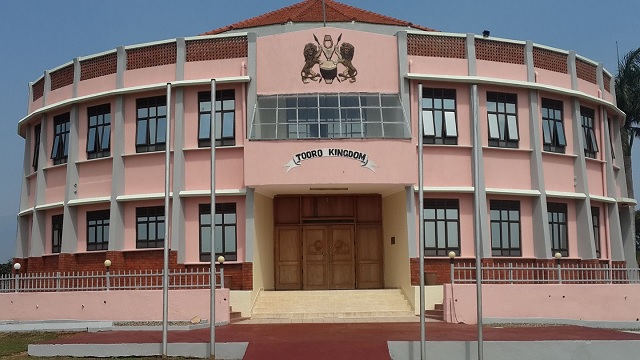 Fort Portal, Uganda | THE INDEPENDENT | The high HIV/AIDS rates in Tooro have raised concern among Kingdom officials. Dr. Tito Beyeza Abwooli, the Tooro Kingdom Health Minister, said that it is absurd to find that Kabarole in Burahya county, which is under the Kingdom comes second to Kalangala with a high HIV prevalence rate standing at 14%.

He said that they conducted research and found out the HIV/Aids prevalence in the counties in the Tooro Kingdom is quite alarming compared to the whole country, which stands at 5%. Beyeza said that Burahya county comes first with 14 %, Mwenge county ( Kyenjojo district) at 7.4%, Kyaka County (Kyegegwa) at 4.5%, Bunyangabu at 5.9%, Kamwege at 3.8%, Kitagwenda at 4.7% and Ntoroko at 4.1%.

Dr. Beyeza said that their preliminary research came out with different factors that have led to the high HIV/Aids prevalence in the kingdom. He says that they found out that 25% of teenage girls under the age of 17 get pregnant and in such incidents, most of them are abandoned by the men responsible or chased away by their parents, which drives them into the sex trade where they end up catching HIV.

He added that poverty in some homes has driven young girls and boys into promiscuous behavior where they end up getting infected. “It is absurd that We have homes that eat only one meal a day and we have found out that due to hunger our young children are lured with food and small gifts in exchange for sex where they up getting pregnant and infected,” he said.

Dr. Beyeza added that parents have grown a tendency of not having time with their children claiming to always being busy at work and are left with no time to educate their children about the disease. He, therefore, asked the public to fight against the factors associated with the spread of HIV.

Steven Kiyingi, the Tooro Kingdom Prime Minister said that the high HIV/Aids prevalence is a worry not only for the kingdom officials but also for subjects. He asked well-wishers of the kingdom and the people of Tooro to advocate for behavioral change among the people.

As one way of raising awareness in the fight against HIV/ AIDS, the Tooro kingdom has organized an end-of-year music festival on December 31 at Buhinga stadium. The Kingdom Sports and Entertainment Minister, Michael Wandera, said the festival, which will be held under the theme “Let’s embrace the fight against HIV/AIDS now” will be graced by the Omukama Oyo Nyimba.

He said different activities including HIV testing and counseling will be conducted on that day and all proceeds from the festival will be given to the kingdom to help Omukama Oyo Nyimba Kabamba Iguru Rukidi IV in his campaign to fight against HIV/ AIDS.

In 2016, the United Nations Program on HIV/AIDS (UNAIDS) appointed King Oyo as the Goodwill ambassador in the fight against the HIV/Aids plague. Information from Uganda Aids Commission shows that 380 new HIV infections occur every day. This implies that annually, 138,700 new infections are added to the already more than 1.6 million people living with HIV in Uganda.