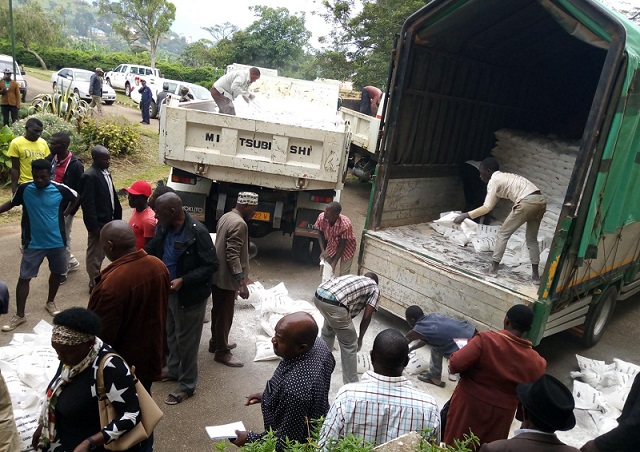 Kabarole, Uganda | THE INDEPENDENT | Tooro Kingdom has donated relief items worth 127 million shillings towards the fight against coronavirus.

The items were handed over on Monday to the Kabarole Resident District Commissioner and chairperson Kabarole district COVID 19 task force Stephen Asiimwe. They included bananas, firewood, 21 tonnes of maize flour and 14 tonnes of beans and cassava.

The Tooro Kingdom Prime Minister Bernard Tungakwo said that the relief food will benefit 6,000 families in the six districts in Tooro. They are Kabarole, Ntoroko, Bunyangabu, Kamwenge, Kyegegwa and Kyenjojo.

He also said that King Oyo Nyimba Kabamba Iguru Rukidi IV has directed the Kingdom administration to concentrate efforts towards fight the virus.

Richard Rwabuhinga, the Kabarole LCV chairperson says that so far they have distributed relief food to 3,500 families in the district.

Biryabarema explained that the district is among the most vulnerable in the country whereby the majority population survives on fishing at Lake Albert and selling cows which was suspended due to COVID 19.